The very long story: A few years ago we bought a small plot of land and had the chance to build a house from scratch.
Because I like to grill I of course also like fire and loooots of heat, so a nice fireplace was going to be part of the house.
As an engineer who is not scared of complex systems as long as they actually have a practical use, my desire was to somehow use the heat of the fireplace to heat up the whole house, not just the living room.
There are quite some alternatives to chose from but I opted for a wood-fired fireplace with integrated water heat exchanger from BEF-Home. At fully loaded capacity about 2 to 3kW of power goes to the living room and the remaining 12kW goes to the central heating system.
Because of all the modern Dutch building regulations etc we have a low temperature (zoned) floor heating system in the whole house and you can’t just dump the tremendous heat (up to 90 degrees C) and all that energy directly into the floor heating. After all I like to grill, but I don’t really have the desire to cook a steak on the living room floor.
So we need something in between to store the energy when it’s not used directly and of course there is already a solution for that; a big water buffer.
Because we don’t want to rely on just wood to heat up the house and we like hot water to shower with, a Nefit boiler was installed as well. The boiler has more than enough heating power to heat up the whole house by itself. 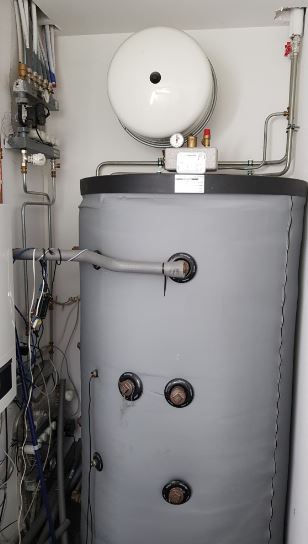 The water buffer is independently ‘filled’ with heat by the fireplace, and when the water temperature is high enough, a valve opens automatically and puts the water buffer in the return channel of the boiler. This system makes it possible to use the fireplace at our own convenience and the boiler will add additional heat to the system whenever necessary. (The controller I use for this system is from Resol which has its own bus called the VBUS which I read out as well of course). 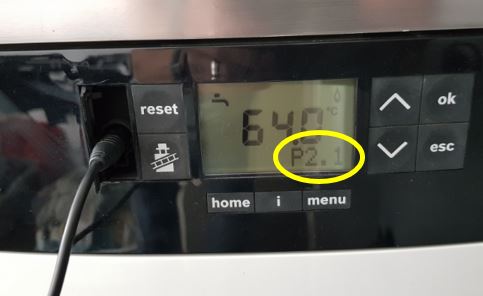 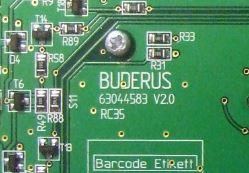 The first versions of the firmware were only usable if you were a very technical person and it only supported a small number of EMS devices. But over time the firmware improved to such an extent that it now supports over 100 EMS bus devices and it has a complete web interface so non-technical people could also get it to work.

As more and more non-technical people were entering the field, I got several requests for a complete package. Not just a board and some wires. So I created the Gateway, a plug-and-play kit preinstalled with the firmware from Proddy. And that’s the whole story.